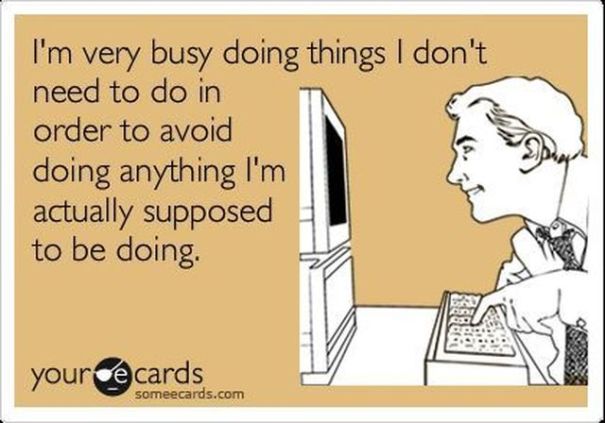 Have you ever set and ponder about things? Oh I will get to that later or I will do that tomorrow !  Does it get done? Sometimes it does but most generally not!

Procrastination is the avoidance of doing a task which needs to be accomplished. It is the practice of doing more pleasurable things in place of less pleasurable ones, or carrying out less urgent tasks instead of more urgent ones, thus putting off impending tasks to a later time

How can procrastination cost you? you put those little things off till later and then something and you know life does this, throws you a big curve ball and it doesnt get done or you have so much at one time to get done, and you freak out!

The Procrastinator ..The procrastinator is often remarkably optimistic about his ability to complete a task on a tight deadline; this is usually accompanied by expressions of reassurance that everything is under control. (Therefore, there is no need to start.) For example, he may estimate that a paper will take only five days to write; he has fifteen days; there is plenty of time; no need to start now. Lulled by a false sense of security, time passes. At some point, he crosses over an imaginary starting time and suddenly realizes, “Oh no! – I am not in control! There isn’t enough time!” 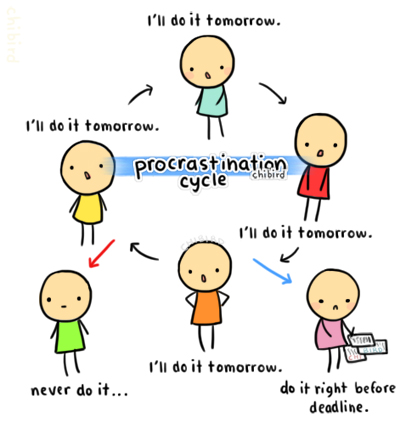 So start today and gain control of your life, join the Avon sisterhood.

Successful Avon Rep, Carla Griffin I am a single mom just trying to make it in this world, My youngest will be a senior this year and then off to college she goes, I love my The Body Shop business because it pay the bills,

Posted in opportunity and making money, Selling Avon online, Welcome to my journey 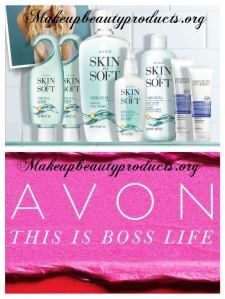